While there are a million and one reasons to do your stag do in Budapest, we have taken the liberty to break down the Top 5 reasons to bring your epic stag do to Budapest. We go through the fun, the financials, the action and the alcohol so that you can turn around and convince your mates that Budapest really is as legendary as it’s made out to be, and look like the genius party planner that we know you are.

Budapest is, of course, world renowned for its beauty, its culture, its architecture, and its rich and storied history.
But let’s be real, those aren’t the reasons your booking your stag do in Budapest - it’s the exchange rate, of course! (And by “exchange rate” we mean “cheap booze”).
But really though, in comparison to pretty much every other European city, everything just costs less in Budapest.
And we’re not just talking cheap booze (you’ll be amazed how little a bottle of beer costs), but entertainment, food, accommodations, and pretty much anything else you’re going to want to see and/or do during your time here is going to be more affordable than you can even believe. Want a nice imported bottle of beer from a nice pub in downtown Budapest? 550 Forints (HUF, Hungary’s currency) max.
Which, to put it in perspective, is about 1.66 Euros, or 1.40 GPB - or, less than what’s in between your sofa’s cushions at this very moment.
In fact, you probably have enough buried down there for a few rounds already.

And really - that’s just where the fun begins! Dinners, cocktails, nightclubs, and whatever else your devious mind can think of it, you’ll find everything well within your budget.

Bottom line is you just get more bang for your buck here in beautiful Budapest. And, no, that’s not a double entendre. (Or is it?)

Check out the crazy but completely accurate and current exchange rates for yourself directly from the Wall Street Journal, the most trusted name in money stuff.

I’m sure you’ve heard from your cousins best friends neighbours girlfriend former roommate about the simply ah-mazing time they had in Budapest, and how you just HAVE to go. Well, now, you don’t have to just take their word for it! (Even though it sounds to us like they are cool and would be fun to party with). Countless publications - some even respected ones! - have named Budapest one of the top destinations in all of Europe. The world, even. Check out for instance - Budapest is the #1 Best European Destination of 2019 - and they have “Best Destinations” in their name, so they should know! Also, TimeOut named Budapest a top destination, and here Budapest is listed as the #4th most instagrammable city in all of Europe, whatever that means!

So, if chart-topping European party cities aren’t really your thing, just listen to your stodgy parents and go have a quaint little stag do at your local community center!

The central “district” of Budapest - the downtown area, the city center - is literally called “the party district”. And it’s called that for a reason. It’s wall-to-wall, non-stop, 24/7 bars, nightclubs, and venues for you to stumble your way into and live out your dream stag do. 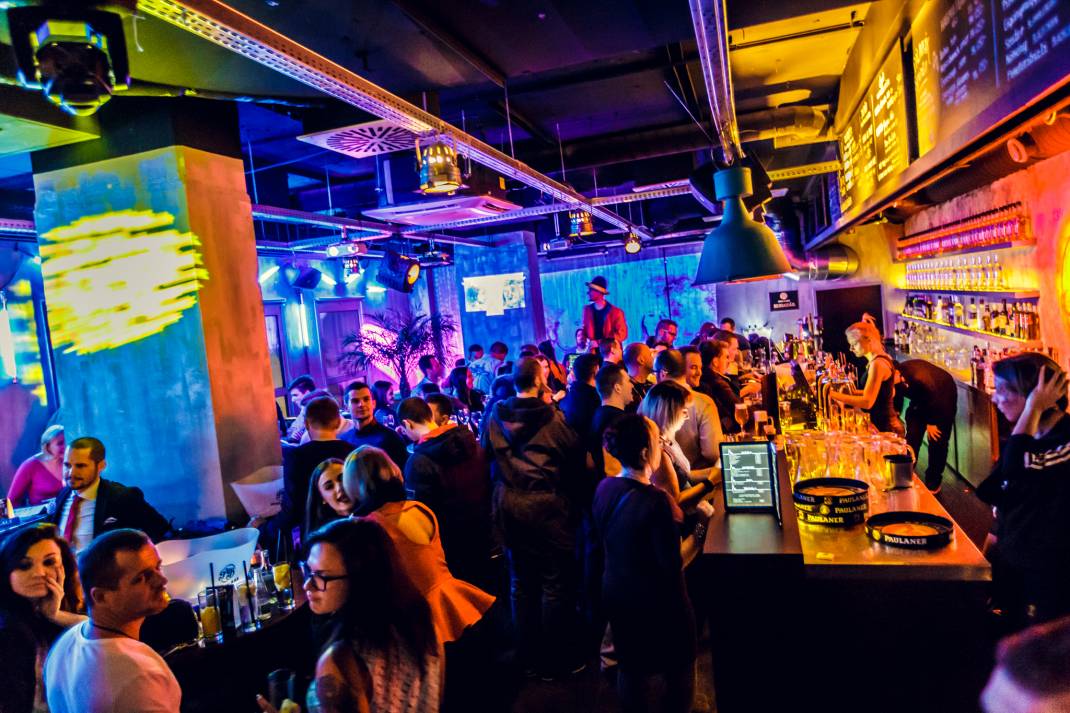 It’s like a mall but instead of stores and loads of crap you don’t need, it’s full of super interesting places and tons of awesome people. It’s a truly picturesque setting for an epic night, and is full of fun and interesting people from around the world, all looking to get down and have that perfect, wild, never-ending night that you read about in books, or, let’s be honest, seen in movies. From elegant night clubs to trashy dive bars, from the legendary ruin pubs to local haunts that are as unique as they are accommodating, you’ll find whatever type of party you’re looking for all within a 2 mile area. Centrally located, and packed full of fun rooms, the “Party District” in Budapest is one of the prime spots in all of Europe for maximum amount of entertainment.
It’s close, it’s stag do safe, and you could spend your entire time there and not see half of the wild wonders it contains.

4. A never-ending smorgasbord of fun (including bath parties!) 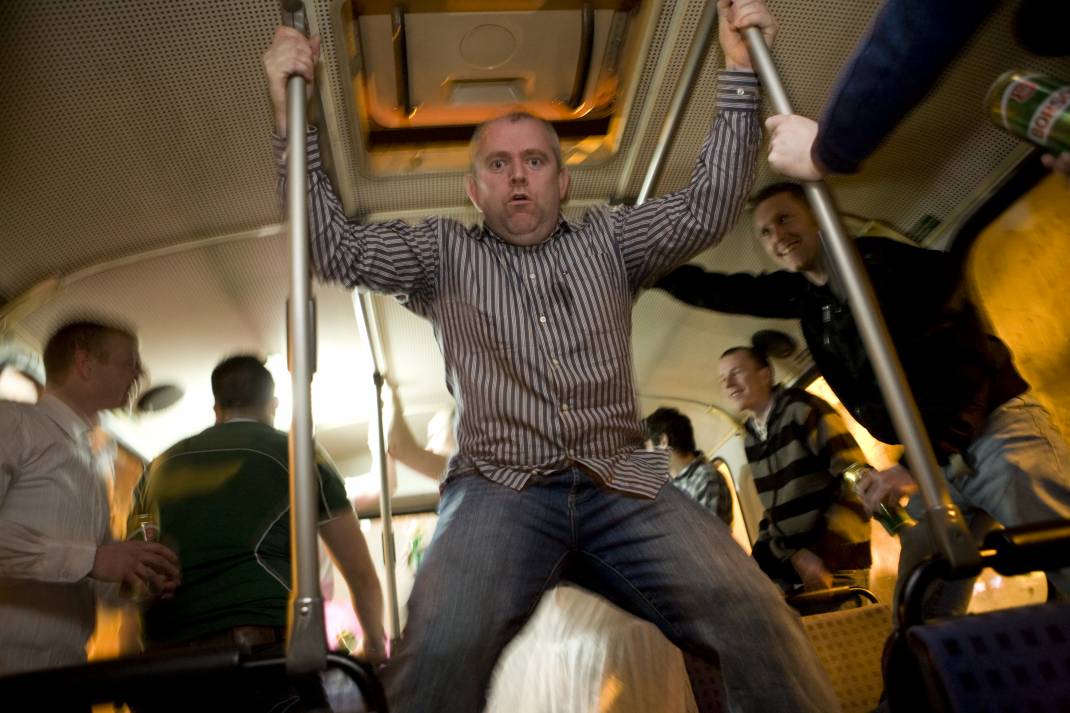 Now, you probably have already heard about the epic pub crawls and the legendary boat parties that Budapest Stag Dos are rightfully famous for, but really that's just barely scratching the surface as to what there all is to do here in Budapest. Budapest - and we here at Stagmadness, in particular - have the largest variety of activities and stunts for you to make classic memories that will last a lifetime, or, alternatively, partake in some questionable things that you’ll instantly regret. Either way, we’ve truly got it all covered. Want to live out your action hero fantasies?
We’ve got over a dozen shooting packages that include big guns and even bigger tanks. And yes, you can even drive them! Like pranks? Want to make things weird?
How about a set-up where your best man gets surprise handcuffed to a dwarf or a XXL lady for a few hours? Who has the key? Who knows? Who cares! 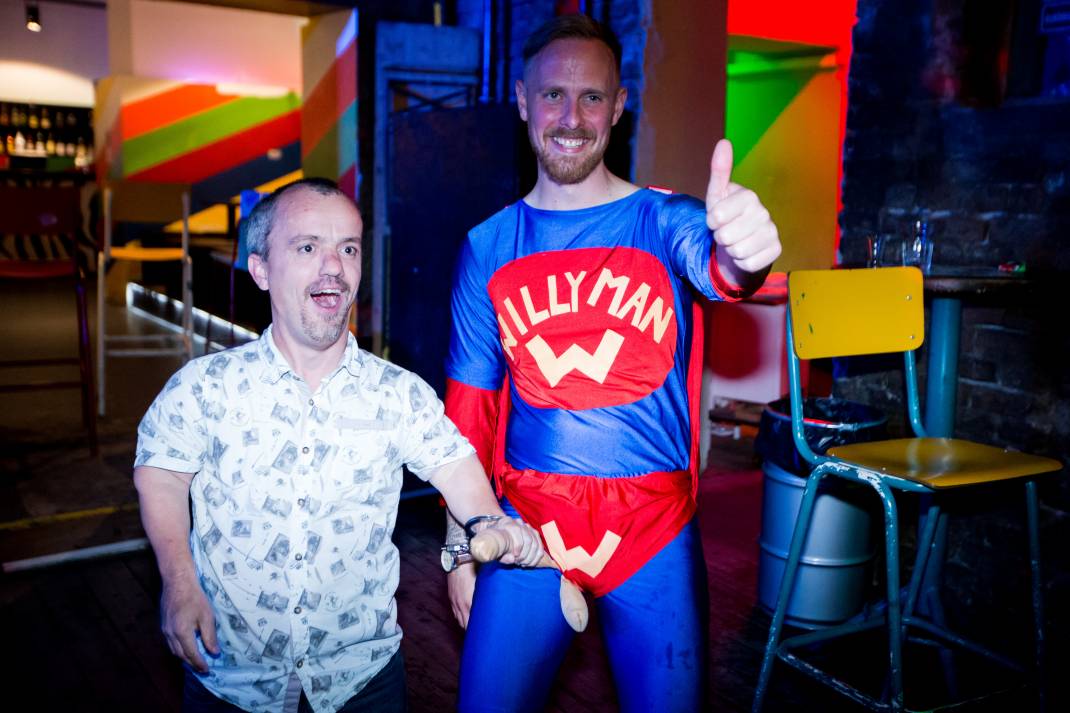 Lastly, though, you don’t happen to like luxury spas do you? Oh, you do. Great.
What about parties? You look like you know how to party. Well, then do we have something for you - it’s called a sparty (get it?!) and it’s a premiere stag do experience. Thermal pools full of beautiful people in their hottest swimwear, killer all-night DJ sets, moody light shows creating the perfect atmosphere and, of course, bars full of booze.
It’s a truly special time, in a truly special place, and something you really have to see and feel for yourself. And it’s just one of the many truly unique activities you can do during your Budapest stag do. 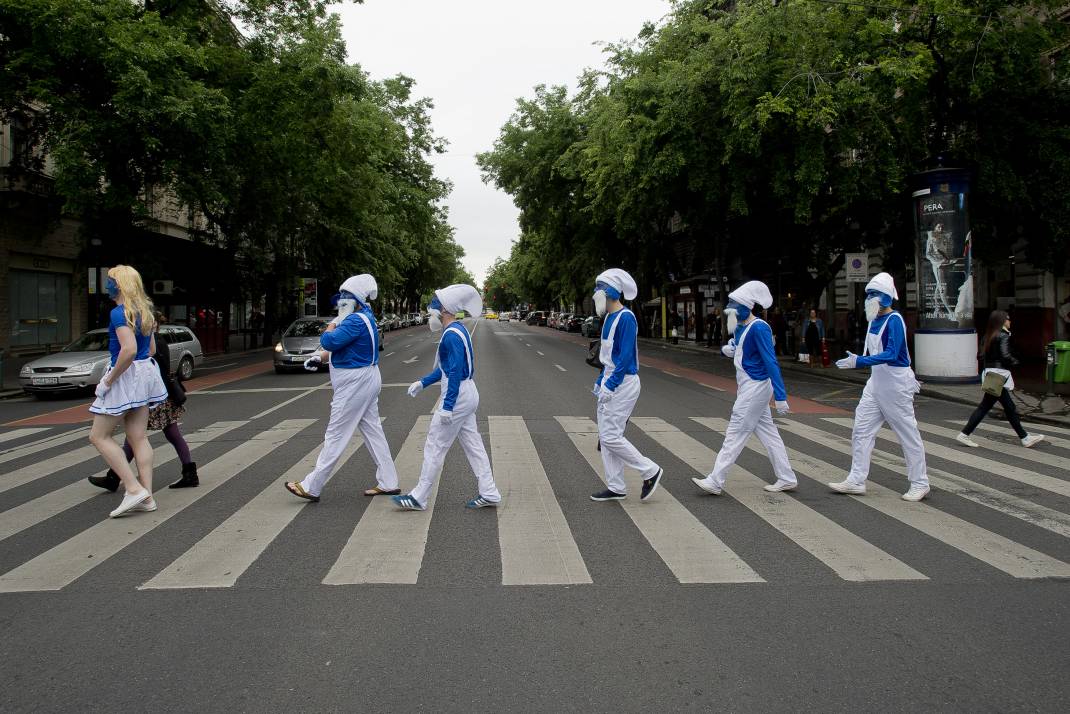 If you’re not convinced by now, I don’t know what to tell you. Let’s go over it again, shall we?
Budapest is one of the most inexpensive European party destinations to bring your once-in-a-lifetime stag do. It’s a chart topping world-famous city full of special adventures and outrageous activities. It’s wall-to-wall action includes a 24-hour nightlife and unique party venues, and lastly, but certainly not leastly, it’s got legendary bath parties and boat parties that will have your head and body swimming in all the right directions. 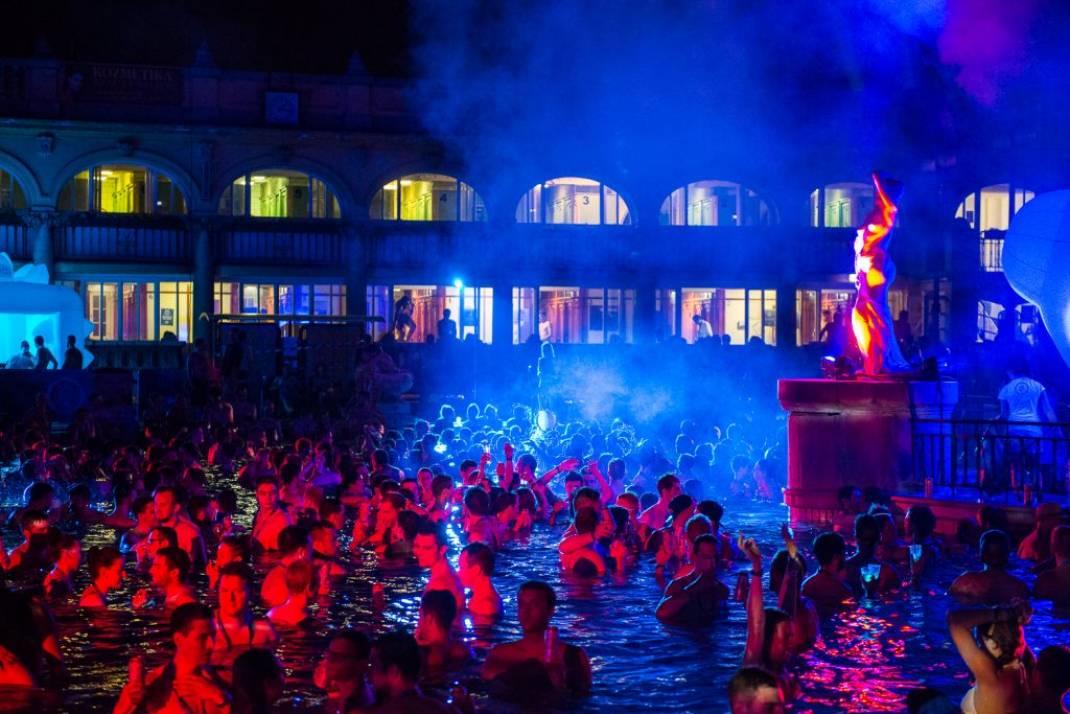 It’s got all that. We know it, and now you know it. But not only does just have all these things - it does, and more - but all these things mentioned are top of the line, A+ quality experiences. You’re gonna go to the best restaurants and clubs, eat the best food, drink the best alcohol, and stay in the best hotels, hostels and apartment accommodations. You’re also gonna hang with the best guides that will keep you safe and keep you having fun, and after all that, you’re going to nurse your killer hangover in some of the best spas in Europe. Simply put, Budapest is the perfect place for your all your stag do needs, wants, dreams, and desires.